PCOS Diet Plan – What you must be aware of? 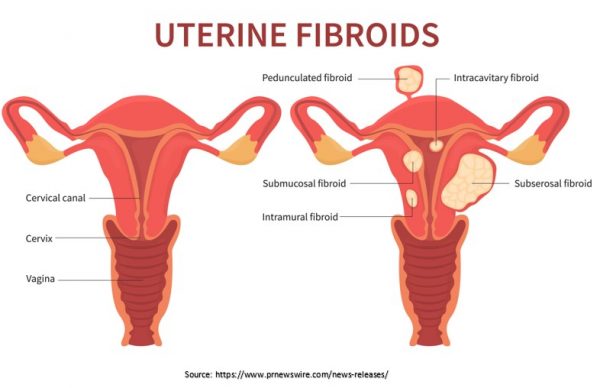 During the childbearing years, many women suffer from this unusual pattern of menstruation where they may bleed excessively or have other severe discomforts during menstruation. If you are also suffering similarly, don’t hesitate to get in touch with a gynaecologist.

If you are residing in Delhi, you can book a consultation appointment with Dr. Hrishikesh Pai, one of the famous IVF doctors in Delhi. He has an unmatched experience of 35 + years of practice in obstetrics, gynaecology, and infertility treatment. He is a pioneer of many new techniques used to increase the success rate of IUI and IVF procedures.

He has an excellent success rate in IVF procedures; thus, he is one of the best IVF doctors in India.

Therefore, bloom IVF centre is one of the best IVF centres in India. Dr. Hrishikesh Pai has established 8 IVF centres all over India.

Dr. Hrishikesh Pai is the founder of Bloom IVF Group. Bloom IVF centre has the latest equipment, competent doctors, world-class facilities. It has been at the forefront for many years and has treated 2000+ patients for IVF. Our success rate ranges between 40-50 %.

Besides, Dr. Pai is also associated with top-notch hospitals such as Lilavati in Mumbai, D.Y.Patil in Navi Mumbai, and Fortis in Delhi, Gurgaon, and Mohali.

This makes it convenient for the national and international patients to seek his meticulous treatment.

Let us now know a bit more about Uterine Fibroids.

What are Uterine Fibroids?

Uterine fibroids are usually non-cancerous growths inside or outside the uterus attached to the wall. They are also called leiomyomas or Myomas.

These fibroids can be as small as a seed or much larger. It can be just a single fibroid or many in number.

If the fibroid is small or single, it may go unnoticed for a long time as there will be no symptoms.

However, if the size of the fibroid is big or they are many in number, it will show symptoms.

What are the symptoms of Uterine Fibroids?

Uterine fibroids will show either of the following signs:

In some cases, if the fibroids grow too much, it is short of blood supply. In such cases, the fibroid begins to die, causing acute pain.

Seek immediate medical consultation with a gynaecologist if you experience sudden vaginal bleeding or sharp shooting pain in your pelvic region.

According to research, some of the causes of uterine fibroids are:

Changes in Gene structure: Many fibroids display a different gene structure than the normal uterine muscles.

After menopause, the fibroids shrink on their own due to a lack of hormones.

Other growth factors: Fibroids might respond to insulins also, which is responsible for tissue growth.

Doctors believe they start growing from a stem cell in the myometrium (a smooth muscular lining of the uterus). A single cell multiplies many times. It forms a firm, rubbery mass that is different from the surrounding tissue. This is the fibroid.

The growth pattern of uterine fibroids is unpredictable. Sometimes they may grow slowly, rapidly, or not grow at all. Sometimes shrink on their own.

Often, if the fibroid is present during your pregnancy stages, it will shrink by itself or completely disappear post-pregnancy.

Who is at risk of developing uterine fibroids?

Apart from being in the reproductive age, there are certain factors putting you at risk of developing fibroids, such as:

Usually, fibroids are not complicating. However, there can be a drop in red blood cells (anaemia), causing fatigue due to heavy blood flow. At times blood transfusion is required.

Fibroids don’t affect your chances of getting pregnant. However, it is possible submucosal fibroids could cause-

The doctor will usually take a wait and watch approach to the fibroid if the woman has manageable symptoms and is not affecting her health poorly.

However, if the symptoms aggravate, various treatment options are available. Your doctor will decide your treatment plan based on the severity of the condition.

Ultrasound surgery using MRI machine: This procedure is carried out in the MRI machine. The images show the location of the fibroid, and the targeted soundwaves from the transducer generate heat to destroy the fibroid.

If the fibroid is big, it can be broken down and removed using laparoscopy.

This reduces the bleeding. During this procedure, the sub-mucosal fibroid also can be removed. But the fibroid inside the uterus remains unaffected.

After this procedure, you may not get pregnant, but you will still be administered birth control pills to avoid pregnancy in the fallopian tubes.

This procedure endangers your chances of conceiving.

As a result, if you are trying to get pregnant, then a myomectomy might be the only option. Speak to your doctor and clear your doubts.

You are responsible for your well-being. Be proactive and get regular checkups if you have a family history or have had menstrual problems in the past.

Pregnancy After Myomectomy at Age 40