Do you or your family members suffer from a genetic condition?

Are you scared of passing on an inherited genetic disorder to your child?

Dr. Hrishikesh Pai’s name is synonymous with fertility treatment in India. He is the recipient of 40+ awards for his revolutionary work in this field.

What is Preimplantation Genetic Testing?

It helps prospective parents prevent the birth of a child with severe genetic conditions such as Thalassemia, Down’s Syndrome, Sickle Cell Anemia, and many more.

For preimplantation genetic testing, you will have to undergo IVF process even though you may have no difficulties in conceiving naturally. 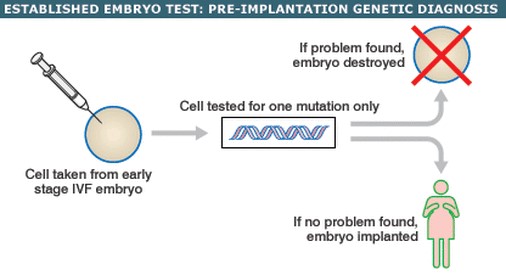 In this process, the cells of the embryos are biopsied. Three to four cells are taken from the blastocysts and sent for genetic analysis. A blastocyst contains around 100-150 cells.

In the meantime, we will freeze the blastocysts after biopsy on individually numbered straws.

At Bloom IVF Centre, we have our in-house genetic testing. We use the latest S5 Ian Torrent Next Generation Sequencing, which gives highly accurate results. It takes around 1 to 2 months for the result to come.

It is a highly specialized technique which is performed by Dr. Hrishikesh Pai, who has pursued Masters in Clinical Embryology and Andrology in the USA.

After two months, we transfer the genetically normal blastocyst into the uterus. Mostly, a single embryo is transferred to avoid chances of multiple births, and it also lowers the miscarriage rate.

The remaining normal embryos are frozen for later use. With this method, we have helped patients of thalassemia and sickle cell anaemia have healthy and normal babies.

There are three types of PGT services available which we have briefly discussed below:

Embryos having an incorrect number of chromosomes may lead to unsuccessful pregnancy or the baby being born with a genetic condition such as Down’s syndrome, Turner’s syndrome, etc.

PGT-SR reduces the risk of having a child with an unbalanced structural abnormality, which may result in a pregnancy loss.

Bloom IVF Centre is one of the first centres in India to offer preimplantation genetic testing. This is a very intricate technique which requires expertise and training. Further, we do the testing at our lab using advanced technology.

The cost of PGT depends on several factors which include the type of PGT being performed, and the number embryos that needs testing.

PGT has an accuracy rate of around 98% for most couples. However, the success of the fertility treatment depends on various factors which include the woman’s age and weight.

1Is there any risk to the embryos from the PGT process?

There is a small chance of damaging the embryo due to the biopsy process, which removes a few cells from each embryo for the PGT. Also, the embryos that were vitrified while the test was performed will have to undergo the thawing process before being transferred to the uterus.

2Are there any disadvantages to PGT?

Some of the drawbacks of PGT are:

3When have I to decide if I want to do PGT?

You will have to decide well in advance of your IVF cycle because blood samples of the couple and sometimes of the family members have to be collected in advance.

The test development phase takes around 8 to 12 weeks after all the DNA samples are received.