Why Does Repeated Pregnancy Failure Happen?

Spindle Check- All You Need to Know

Approximately 15% of all clinically diagnosed pregnancies end in pregnancy failure, making spontaneous pregnancy loss a startling prevalent event. The term “recurrent pregnancy loss” (RPL) has been defined in a variety of ways. It affects about 1% to 2% of women who have had three consecutive pregnancy losses before to 20 weeks from their last menstrual cycle.

This study summarises current knowledge of the many etiologies linked to RPL, including factors that are known to be causative as well as those that are suspected to be causative agents. The right diagnostic examination, treatment, and prognosis are also discussed.

It is heartbreaking for a couple who are expecting pregnancy and miscarriage happens. If you are also facing multiple miscarriages or Repeated Pregnancy Failure you can visit India’s renowned IVF doctor in Mumbai and can get your treatment done safely.

Although no reliable published data has estimated the likelihood of finding an aetiology for RPL in a population with two versus three or more miscarriages, the best available data suggest that the risk of miscarriage in subsequent pregnancies is 30% after two losses, compared to 33% after three losses in patients without a history of a live birth.

This strongly shows that examination after just two losses in patients who have never had a live delivery could be beneficial. If foetal heart activity was detected prior to a loss, the mother is over 35 years old, or the couple has had problems conceiving, an early assessment may be recommended.

At least three out of every five cases of pregnancy loss are thought to be caused by mismatched chromosomes. If a couple has had two or more failed pregnancies, chromosomal abnormalities should be ruled out.

The cervix of a woman may become weak or inefficient, making it impossible to maintain the foetus inside. This is the issue in one out of every 10 cases. Unfortunately, this problem will not be discovered until several pregnancies fail and a clinical diagnosis is made.

PCOS is unfortunately becoming more widespread in India. Up to one out of every ten failures is caused by PCOS. As a result, medicines and regular monitoring are required.

Women who work in polluted environments, as well as heavy smokers and drinkers, are at an elevated risk of miscarriage.

When you should see a Doctor?

Many women will experience a miscarriage at some point in their lives. Miscarriages can occur for a variety of causes. A miscarriage does not guarantee that a woman will have another one if she tries again. However, some women have many miscarriages. Recurrent pregnancy loss is the medical term for this (RPL).

These losses are often strongly felt by women and their families. Women may also be concerned that they are ill or that they are to blame for the losses. RPL, on the other hand, is frequently a natural process. Only about half of all miscarriages have a clear or treatable aetiology. Almost two-thirds of women with RPL will have a healthy pregnancy, and many of them will do so without any additional therapy.

Low-dose aspirin and heparin may be used to treat women with autoimmune or clotting (thrombophilia) issues. These medications can be used to reduce the chance of miscarriage when pregnant. These drugs should only be used with the advice of a healthcare expert since they raise the risk of significant bleeding problems (such as stomach ulcers).

While many couples with translocations are able to conceive a healthy pregnancy on their own, your doctor may recommend reproductive procedures like IVF (IVF). Eggs and sperm are combined outside of the body in a laboratory during IVF. Before the embryos are returned to the uterus following IVF, they can be evaluated (preimplantation genetic screening). This allows for the selection of embryos with no translocations, increasing the chances of a healthy pregnancy.

Extra tissue that splits the uterus (septum), certain fibroids (benign tumours), and scar tissue can all be fixed with surgery in the uterus (womb). Correcting the form of the uterus on the inside can significantly reduce the risk of miscarriage. To repair the inside of the uterus, the surgeon utilises an instrument with a camera (hysteroscope) that is passed through the vagina. This is normally a one-day operation with a few days to a week of recovery time.

Taking care of other medical issues :

Recurrent pregnancy loss could be linked to a variety of medical issues. These include high amounts of the hormone prolactin, irregular blood sugar levels, and an overactive or underactive thyroid gland. Diabetes, thyroid dysfunction, and excessive prolactin levels can all be treated to increase the odds of a healthy, full-term pregnancy.

In general, whatever is good for a woman’s health increases her chances of having a healthy pregnancy. Stopping smoking and abstaining from illicit drugs (such as cocaine) reduces the risk of miscarriage. Limiting your intake of alcohol and caffeine may also assist.

Being overweight has been related to an increased chance of miscarriage, thus maintaining a healthy weight can aid with pregnancy outcomes. RPL is not caused by stress, anxiety, or moderate depression, according to research. However, these are significant issues that come with RPL. Couples can benefit from psychological therapy and counselling to cope with the emotional sorrow of miscarriage and to create a healthy environment for a pregnancy.

There is no proof that intravenous (IV) infusions of blood products (such as intravenous immunoglobulin [IVIG]) or medicines (such as soybean oil infusion) decrease the risk of miscarriage. 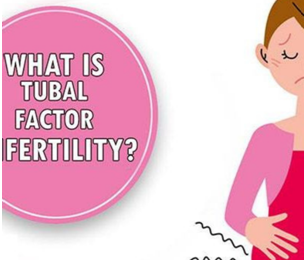