When should one consider IVF? - Dr Hrishikesh Pai

When should one consider IVF?

How Long Does It Take To Get Pregnant Naturally?

In the natural process, when you ovulate, the egg is released from the ovary and it travels via the tube to reach the uterus. But if the tube is damaged or blocked, the egg is not able to find its way so, IVF is done to overcome this barrier by taking the egg out, fertilizing it outside the woman’s body with the husband’s sperm, and then putting the embryo back into the uterus. So, it doesn’t matter if the tube does not exist, if it was blocked, or if it was damaged because they have bypassed that barrier.

2. There are certain other conditions as well where IVF is a good treatment option. If the man has a low sperm count, low motility, or a very large number of abnormal sperms, again IVF is a good treatment option or in very severe cases the doctor does what is called ICSI because in IVF and ICSI they need very few sperms to be able to fertilize the egg.

When you are trying to conceive naturally, you need a certain amount of sperms but when doing it with IVF or ICSI, even a few sperms are enough.

To give you a perspective, women are born with about 20 lakh eggs and by the time the girl gets her first period this number is already reduced to about 4 lakhs. So, this process of the declining reserve starts right from the time of birth.

4. Once you have reached a stage where the ovaries are almost completely depleted of eggs unfortunately, getting pregnant with your eggs may no longer be an option. But as the uterus remains a healthy organ, in these cases they can take donor eggs, that is an option. They call it donor egg IVF, where eggs are taken from a healthy young woman and then with the help of IVF or ICSI fertilized with your husband’s sperm to create embryos to put back into your uterus.

Women with a completely depleted ovarian reserve need donor eggs. When they take donor eggs, the process has to be done with IVF.

5. There are certain other conditions where the pelvic environment may not be very healthy and this may prevent a healthy egg from being released from the ovary and finding its way into the uterus. One of these conditions is endometriosis. When you have endometriosis, your tubes, ovaries, and uterus tend to start getting stuck to each other.

So, even if you may undergo surgery and release these adhesions, you may try naturally but at times even though the tube is now free it is not a healthy tube and is not able to pick up the egg and transport it to the uterus. In these cases, as well, as compared to the simpler treatment options like IUI, IVF is the better treatment option because the egg will be taken out and fertilized. 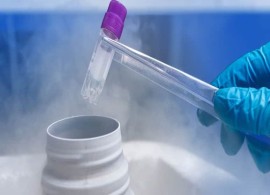 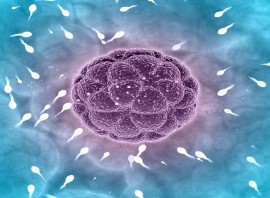