How Long Does It Take To Get Pregnant Naturally? - Dr Hrishikesh Pai

How Long Does It Take To Get Pregnant Naturally?

When should one consider IVF?

7 Tips For a New Mom

You are probably anxious to get pregnant soon. Now odds are it didn’t happen in the very first month. We will discuss how long it typically takes to get pregnant when you’re trying to conceive.

According to statistics, among couples who are trying to get pregnant, about:

Roughly, 10% to 15% of couples are diagnosed with infertility. Their odds of conceiving without treatments such as IVF are lower. To get the proper advice you will have to consult the IVF specialist.

Are you having timely intercourse?

Intercourse matching with your most fertile times increases the chances of pregnancy. This means that you must have intercourse when you are ovulating (when the egg is getting released from the ovary). The egg is out of the ovary for 12 to 24 hours. It must get fertilized by the sperm during that time to get pregnant.

Statistics say that couples trying to conceive by timely intercourse every month according to their fertile window have better pregnancy rates.

Fertility drops as we age

Wondering how your age is affecting your fertility?

Let’s get back to our original question: how long does it take to get pregnant naturally. Let’s discuss the additional variable of age:

One more factor that can affect your fertility is BMI.

If your BMI is lower or higher than the normal range, then it decreases your odds of becoming pregnant.

Women with a BMI less than 19, which is below the healthy normal range, take 4x more time to conceive.

It takes on an average twice as long for women with obesity to become pregnant as compared to normal-weight women.

For example, after stopping contraception for a year, women with BMI in the obese range had a sixty-six percent chance of becoming pregnant as compared to normal-weight women who had an 81% chance in that study.

The good news is that increasing or reducing body mass to the normal range could correct weight-related infertility.

If you didn’t get pregnant in that very first month, it’s totally normal. It takes a couple of months for pregnancy to happen. And when that happens, it is all worth the wait when your baby is in your hands.

If you feel you need proper advise, do not hesitate to consult the Gynecologist. 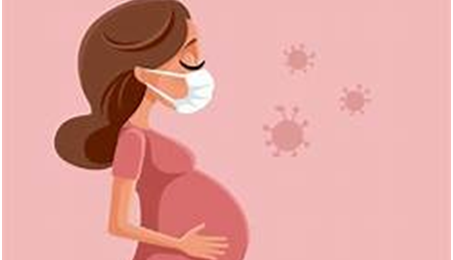 Pregnant? Planning a baby? Should you take the vaccine? Here’s what doctors have to say…