We are among the first few clinics in India to offer Egg donation services.

What is Egg Donation?

In egg donation, eggs are borrowed from a young woman (less than 33 yrs of age) called the donor, with her consent. These eggs are then fertilized with the sperms of the husband of the recipient woman and the resultant embryo (the earliest form of the baby), is inserted into the womb of the recipient. The success rate of this procedure is in the region of 30 to 40%. In fact, many women till the age of 50-55 have become pregnant by this technique. You will be surprised that the oldest woman pregnant by this procedure is 69 year old, residing in Italy. In our clinic the oldest women who has conceived with this technique is 62 years of age.This is probably the oldest woman to have become pregnant, in India.

Who can qualify for Egg Donation?

How are the Donors screened?

Generally, eggs are borrowed from healthy women less than 30-35 years of age and who are not suffering from any illness or genetic disorders. These young women, also called donors, are specially screened for AIDS and Hepatitis. Their family history is taken, to rule out any genetic problems. The donor can be married or unmarried. However, married donors with children would be preferable, primarily because they will have established their ability to bare children.

How is the procedure done?

Our staff will coordinate the cycles of the donor and recipient to accomplish a fresh embryo transfer whenever possible. Synchronization of cycles includes using a series of medications to facilitate a hospitable uterine environment for the transfer of embryos. During egg donation, the donor is given injections to produce many eggs. When these eggs are ripe, she is given a short anesthesia and the eggs are removed from inside the vagina without giving a cut on the abdomen. The donor can return home three to four hours' after the procedure. The eggs are then fertilized with the recipient's husband's sperms in the laboratory, either by IVF or ICSI and kept in the incubator for two days.

Incase the recipient's husband's sperm is of poor quality; the eggs can be fertilized by the technique of Intra Cytoplasmic Sperm Injection (ICSI). Two days later, a four-celled embryo is formed. Three days later, a eight-celled embryo is formed or five days later a multi-celled Blastocyst is formed. This embryo (small baby) is then transferred back to the womb either at the four cell, eight cell or the Blastocyst stage.

30 to 40% of such women will become pregnant. Incase they fail to become pregnant they can have a repeat egg donation cycle. Many women undergo two to four cycles and achieve their goal of a child.

Who can be a Donor?

What is the age limit of the recipient?

In general, any woman with a medical or genetic indication for using an egg donor can be a recipient, if there are no medical contraindications to pregnancy. Our current age limit is 55 years. The decision to utilize donor eggs is made in association with staff and consultants. If a male factor exists, donor egg with ICSI is also available. Generally a psychiatrist and a physician would assess a recipient. This is done to gauge the mental and physical fitness of the patient. This analysis is very important to withstand the pressures of childbirth.

What is the background of Recipients?

Our fertility Centre is renowned for its egg donation techniques. Our patients hail from all over the country. They are from different walks of life. Our unit facilities are also utilized by NRI patients (Non Resident Indians) from USA, UK, Africa, Middle East, Sri Lanka & Far East(Singapore). We are also getting some patients from other nationalities who hail from Asian countries. 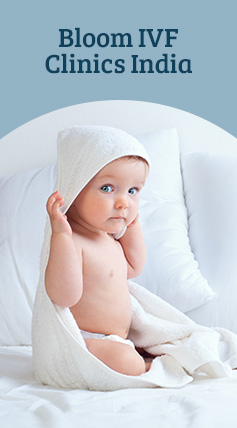